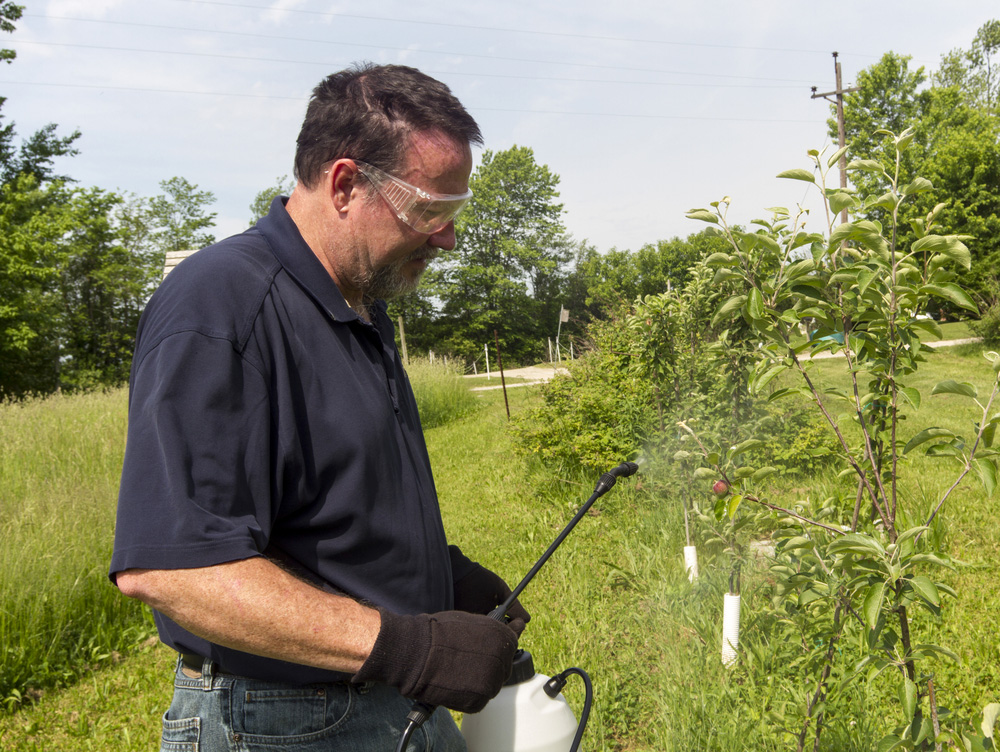 A patient who developed non-Hodgkin’s lymphoma after regularly using the popular weed killer Roundup, which its manufacturer, Monsanto, said was safe, recently won a judgment of $289 million. Glyphosate, a chemical compound found in Roundup, has been classified as a probable carcinogen.

Roundup is one of the most popular weed killer products ever produced. It is used by farmers, landscapers, gardeners, and millions of American households to stop weeds from growing around their crops, gardens, and homes.

Roundup is produced by Monsanto, an agro-chemical company with more than $15 billion in annual sales and which controls approximately 40% of the $8 billion global herbicide market.

Glyphosate, the primary active ingredient in Roundup, is the world’s most widely used chemical compound for controlling weeds. Originally patented in 1961 as a chemical pipe cleaner, Monsanto patented glyphosate as a herbicide in 1970 and introduced it to the world as Roundup shortly thereafter.

Over the past 4 decades, the use of glyphosate in agriculture worldwide has soared nearly tenfold. Glyphosate is now used in more than 160 countries with more 1.4 billion pounds of glyphosate being sprayed on fields, crops, and yards every year. Today glyphosate can be found in our cookies, crackers, bread, corn, chips, breakfast cereal, beer, wine and the list goes on and on.

The Trouble With Roundup

On its website, Monsanto claims that its herbicide Roundup is about half as toxic to humans as table salt and more than 25 times less toxic than caffeine. However, scientists who have studied glyphosate (the primary active ingredient in Roundup), along with thousands of farmers and herbicide users who have been diagnosed with non-Hodgkin’s lymphoma after regular exposure to Roundup, disagree with these claims.

Glyphosate has been linked to certain forms of cancer, particularly:

Some studies have concluded that as little as 8 hours of exposure to Roundup can notably increase your risk of developing cancer.

As far back as the 1980s, laboratory studies on glyphosate revealed cellular mutations in mice that were indicative of cancer and which warranted being regarded as a preliminary indication of a link between glyphosate and cancer.

Consequently, in 1985, the United States Environmental Protection Agency (EPA) decided to classify glyphosate as a Class C carcinogen, meaning that it saw a clear link between the chemical substance and cancer.

Six years later, however, in a complete about-face, the EPA changed glyphosate’s classification to Class D, which means that there was insufficient statistical data to link glyphosate to cancer.

Following that, Monsanto sought and received trade secret status for most of the research that formed the basis for the EPA initially classifying glyphosate as a carcinogen, making this data unavailable to future researchers and the general ​public.

Subsequently, private documents released by Monsanto, including internal emails, suggested that the company’s executives colluded with certain government agencies to conceal the link between Roundup and cancers, such as non-Hodgkin’s lymphoma.

Decades later, in 2015, the International Agency for Research on Cancer (IARC), which independently gathers data for the World Health Organization (WHO), found glyphosate and other glyphosate-based herbicides, like Roundup, to be probable carcinogens.

To this day, Monsanto maintains that Roundup is safe to use as instructed and that any alleged link between use of the product and cancer is false. Yet, most of Europe and now South America have banned or restricted the use of Roundup and other glyphosate-based herbicides.

Dwayne Johnson, the first cancer patient to take Monsanto to court with regards to Roundup and non-Hodgkin’s lymphoma, was awarded $289 million by a San Francisco jury in August of 2018. Jurors at the Superior Court of California in San Francisco deliberated for three days before ultimately awarding Johnson $250 million in punitive damages plus approximately $39 million in compensatory damages.

Johnson’s case, the first lawsuit against Monsanto alleging a link between cancer and Roundup to make it to court, was filed in 2016 and expedited to trial because of the severity of his condition. Dwayne Johnson is dying of non-Hodgkin’s lymphoma that he claims was diagnosed after working just 2 and a half years as a school groundskeeper, where he used Roundup on a large scale basis up to 30 times per year.

The jury found that Monsanto, the manufacturer of Roundup, did not provide sufficient warnings about the potential risks associated with the use of the weed killer and that the product was a significant factor in Johnson’s illness. The jury also noted that it found Monsanto to have acted with malice, oppression, and reckless disregard for human life because it knew the danger associated with the use of its product but chose not to sufficiently warn consumers.

Despite the fact that the EPA still hasn’t required Monsanto to place a warning on Roundup’s label, the jurors evaluated the evidence and used their collective voice to deliver a strong message to Monsanto (and companies like them) that deceiving the public regarding the risks associated with their products will not be tolerated and that consumer safety should come before profits. Monsanto, based in St. Louis, Missouri, is facing thousands of similar lawsuits across the country and the San Francisco verdict should bolster the chances of these other lawsuits succeeding.

Manufacturers are often reluctant to warn consumers of the risks associated with using their products until they are forced to do so. Our lawyers assist clients in holding manufacturers accountable to those who are injured as a result of their failure to fully disclose these risks.

We have helped clients recover millions in compensation for the cost of their medical treatment, lost wages, disability, pain and suffering, and the emotional trauma they suffer due to the negligence of large manufacturers. We also assist the families of those who have lost their lives due to dangerous products pursue wrongful death claims against the manufacturers responsible for the death of their loved ones.

If you or a loved one has been diagnosed with non-Hodgkin’s lymphoma after regularly using Monsanto’s Roundup weed killer, at work or at home, you may be entitled to substantial compensation for your medical expenses, pain and suffering, and more. Call Keith Williams Law Group today at 615-313-3999 (Nashville Office) or (615) 313-3999 (Lebanon Office), or visit our contact page to arrange a free, no obligation case evaluation. We assist clients throughout Nashville, the state of Tennessee and across the United States.